Last week I wrote about magnifying a worry to the point that it becomes a big fear. Our minds are powerful. When left alone to worry, it can run wild like a windstorm. It starts out as a subtle wind then grows and grows until tree branches are flying around. Before you know, it the wind turns to a tornado. If you step back from the storm, you may see that it isn’t that bad after all. You see that it is a simple breeze dancing in the tree branches. It’s the same with a fear; if you step back, that big fear maybe something small.

Last week I wrote about my growing fear with a condition in my nose. Tuesday night I planned out what I would say to the Ear, Nose, and Throat doctor. I would ask him if there is any way to take care of a polyp without surgery. I would tell him about going through cancer and ask him to be sure I did not have cancer again. That night I worried about my appointment to the point I had a hard time falling asleep, even with my sleeping medications.

I can’t go through another surgery. I had nose surgery once and it was very painful. I have to make sure the doctor knows I refuse to go through surgery unless there’s no other choice. What will the doctor find within the inflamed nostril? Could it be cancer?

I rolled over onto my back and looked up at the ceiling. I can’t go to my appointment and get bad news. Maybe I can just skip it. Every time I have a problem it ends up in surgery. I had two surgeries last year and a surgery the year before, I can’t go through another one this year. Can’t I just go through one year without a major problem or surgery?

I took a deep breath and slowly let it out. Stop it, Aimee. You have to sleep. Just think of something good, but I can’t have cancer. I can’t go through hell again. Stop it, go to sleep.

Sleep finally settled in and the alarm went off at 7:00 am.We put it on snooze and finally got up at 7:30. We got breakfast on the way to our appointment and arrived 15 minutes early. I sat in the waiting room, watching people being called back while my mind began to wander and my stomach began to twist. I pulled out my cellphone and looked through my Facebook posts. I hoped it would keep me distracted enough so my nerves could calm down.It did somewhat.

A voice filled the room. “Aimee.”

I looked over near the hallway and stood up. “I’m Aimee.”

My husband and I followed her to a room. I sat down in a chair while the nurse went over my medications and medical history. She had me sit in the examination chair. A few minutes later she came in with a big long instrument.

The doctor came in and introduced himself. He did a basic exam checking down my throat while using a tongue compressor. I gagged. Then he felt around my neck and had me swallow. He muttered his findings as he checked me out. I assumed he was recording it, but I didn’t see any recording device. He looked into both nostrils. Then he sprayed something in my left nostril and picked up the long thing that looked like a needle. The end of it lit up.

He stuck it into my nose. It hurt a little, but was more uncomfortable than anything. I expected it to be a lot more painful. Instead it was very uncomfortable and made tears stream down my cheeks. The doctor pulled it out and the nurse gave me a tissue.

The doctor sat down on a stool. “Right nostril looks really good. Your left nostril has little sores and a staph infection.”

“I didn’t see any polyps. A staph infections is treatable it just takes time to completely get rid of it. My nurse will give you instructions on a solution to mix up and spray up your nose three times a day for,” he said.

I let out a breath of relief. My fear faded away and my soul felt like someone had just cut chains off of it. All I had was a simple infection that was totally treatable. From then until March I would just have to spray a solution up my nose and be careful when I blew my nose. My big, overwhelming fear turned out to be a smaller and very treatable condition.

Don’t let your mind turn a small problem into a huge fear. Often things we fear are only as big as we make them out to be. Try to stay positive when possible. Let the small things stay small until you have a real reason to worry. Not knowing is scary, but try to fight the racing thoughts. Are you worrying about something right now? Take the time and write down your fears and for each fear turn it around into something simple. Like, “I’m going to be fired for my mistake.” Change that around to, “It was a simple mistake; I won’t be fired for that.” 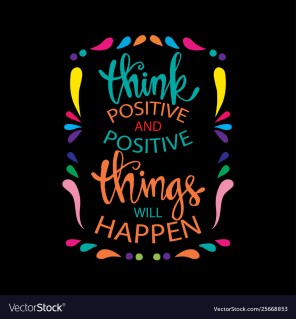 My husband and friends were right, and everything turned out to be fine. I’m learning to control those crazy thoughts and to stop my worries before they become magnified. Like usual, my problem turned to be much smaller than what my mind made it out to be. Learning to fight my thoughts before they become overwhelming fears helps me stand within the light.

2 thoughts on “BIG FEAR IS ONLY A SMALL WORRY”