I’ve struggled with personalization throughout my life. In school I struggled with making friendships and when I did make friends, they either turned their backs on me or moved away. When a friend moved away, I blamed myself. My friends moved because I was a loser who deserved to be alone. My friends never wrote me even though I gave them my address because I was a worthless friend to them. Everything was my fault. This caused me a lot of guilt and internal pain. I felt that I wasn’t worthy of friendships. I caused them to leave me. What I didn’t take into consideration was that maybe their parents got better jobs and maybe they didn’t write because they lost my address.

In seventh grade my uncle was in an accident. When I found out about the accident, I wished he’d be injured so kids at school would pay attention to me. When we got the news, he died I automatically blamed myself. I was convinced for the longest time that I was an evil person who wished her own uncle dead. I struggled with this for several years. In eighth grade I struggled with it so much that I thought I was having a mental break down. The guilt and anguish of taking the blame ripped me apart inside. My uncle was run over by a man who had been drinking, yet I blamed myself. It took a school therapist to help me see I was not to blame.

For the longest time when plans with a friend or family member got canceled, I would have a break down. I’d go on a self-destructive path of blaming myself and punishing myself. They canceled because I’m boring to hang around with. Who would like to do something with such an awful person like me? It’s all my fault they canceled. I would curl up in a ball and cry and berate myself. I would try to figure out what I did wrong to make the person not want to be around me. I didn’t even consider that maybe an emergency came up or the person wasn’t feeling well. To me the only possible reason for the plans ending was because I did something wrong.

Blaming myself for things that were out of my control put a lot on my shoulders. I internalized the guilt, the self-hate, and pain. The feelings tore me up inside. Years of blaming myself for the negative events in my life took a toll on me. It led to a lot of crying, to self-injuring, and self-berating, and it was all unnecessary. I tortured myself for no reason.

It’s hard to argue distortive thinking. When the mind is sick, it feels like you have lost all control of your ability to think and reason. Your mind takes on a life of its own. You feel like you’re trapped within its evil wrath, but you’re not. You can fight your thoughts. It’s not easy. First step is to Google cognitive distortions or get the book, Feeling Good The New Mood Therapy by David D. Burns, M.D. and identify the cognitive distortions you struggle with. Once you have identified them, talk to a therapist about how you can learn ways to change this type of thinking.

In therapy I talked about how I used personalization. We talked about situations where I blamed myself for something bad that happened. My therapist helped me learn to reason with myself. I’d write down the situation in my journal and then I would write out the reasons why the event could have gone wrong. Like when my uncle died, I wrote down: a drunk driver ran him over, a wish can’t kill a person, I had no control over how my uncle died and could not have caused his death. Therefore, I was not to blame for his death. It was an awful accident that was out of my control.

My friend canceled our plans to meet for dinner. In my journal I wrote down: she could have been called to work, she may have had a family emergency, her car may not have started, or she may not be feeling well. Writing down the reasons my friend could have canceled helped me avoid guilt and pain.

This sounds easy, but it’s not. Just writing these down doesn’t just make those feeling burning inside you disappear. You also must fight your urge to blame yourself. You have to remind yourself repeatedly that you are not the blame for things that are out of your control. Battling the sick mind is very hard, but you can do it. A therapist will also have other ways you can change cognitive distortions. Your mind doesn’t have to control you: take control of it.

I still find myself struggling at times with cognitive distortions and when I do, I journal, and I talk to my support system. I stand in the light of recovery because I’m willing to fight and take control of my mind. 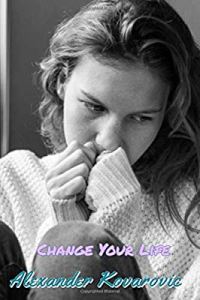