A stigma lingers around mental illness. Many with mental illness hide or avoid getting help because they fear what others will think of them. Many view those inflicted with the illness of the mind as violent, crazy, useless, and so on. Movies and even the news distort peoples’ perspective. Whenever someone kills people or goes on a violent rampage, the news highlights how the person was suffering with mental illness. They don’t say that most people with the illness are only a danger to themselves. 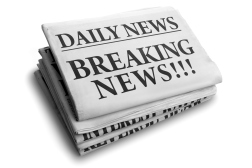 In a Newsweek article called, “Nearly 1 in 5 Americans Suffers From Mental Illness Each Year” Victoria Bekiempis writes, “Every year, about 42.5 million American adults (or 18.2 percent of the total adult population in the United States) suffers from some mental illness.” You can find this article at http://www.newsweek.com/nearly-1-5-americans-suffer-mental-illness-each-year-230608. That means anyone could suffer from mental illness. Look around you. Your cashier, your teacher, your bus driver, your manager, and even your boss could have some form of mental illness. People with this illness work and live all around you and you may never know it.

Since I started writing this blog, co-workers, and people around me have confided in me about their struggles. I have been a cashier for 22 years and most of my customers do not know I have mental illness. Until I had a major breakdown, years ago, many of my co-workers had no idea. Fellow employees came to me and said, “You always seemed so happy. I had no clue.” I had only told a few close friends because I didn’t want to be judged, but once it came out, I faced prejudice. I was asked if I was safe around knives; some feared I might be a danger to my co-workers and customers.

Recently a criminal came into our city. The man posted on Facebook himself killing an elderly man. A customer said to me, “We don’t need crazy, mentally ill people in our city.” I told her most people who are mentally ill are not dangerous. Another customer said, “We can’t use mental illness as a excuse for killing people.” I wanted to tell the woman she was being waited on by someone who has the illness and I could never hurt a soul.

Lead researcher Jillian Peterson, PhD in the online article, “Mental Illness Usually Not Link To Crime, Research Finds,” is quoted, “The vast majority of people with mental illness are not violent, not criminal and not dangerous.” This can be found at American Psychological Association, http://www.apa.org/news/press/releases/2014/04/mental-illness-crime.aspx.

Once people are told over and over again that a mentally ill person committed a violent crime, it becomes engraved in the public’s mind that people with mental illness are dangerous. What the public needs to know is that most who are sick couldn’t hurt anyone, but themselves.

Is it important to know that the person who killed four people had mental illness? Isn’t it just as important to tell the public the facts? Shouldn’t readers and viewers be told that this is not common with people with this type of illness? I lost many friends because they were afraid I might hurt them, yet I have never hurt anyone.

I write this blog to educate others and to help those suffering to reach the light. This is my calling from above and it helps me stand within the light.

One thought on “THE STIGMA OF MENTAL ILLNESS”